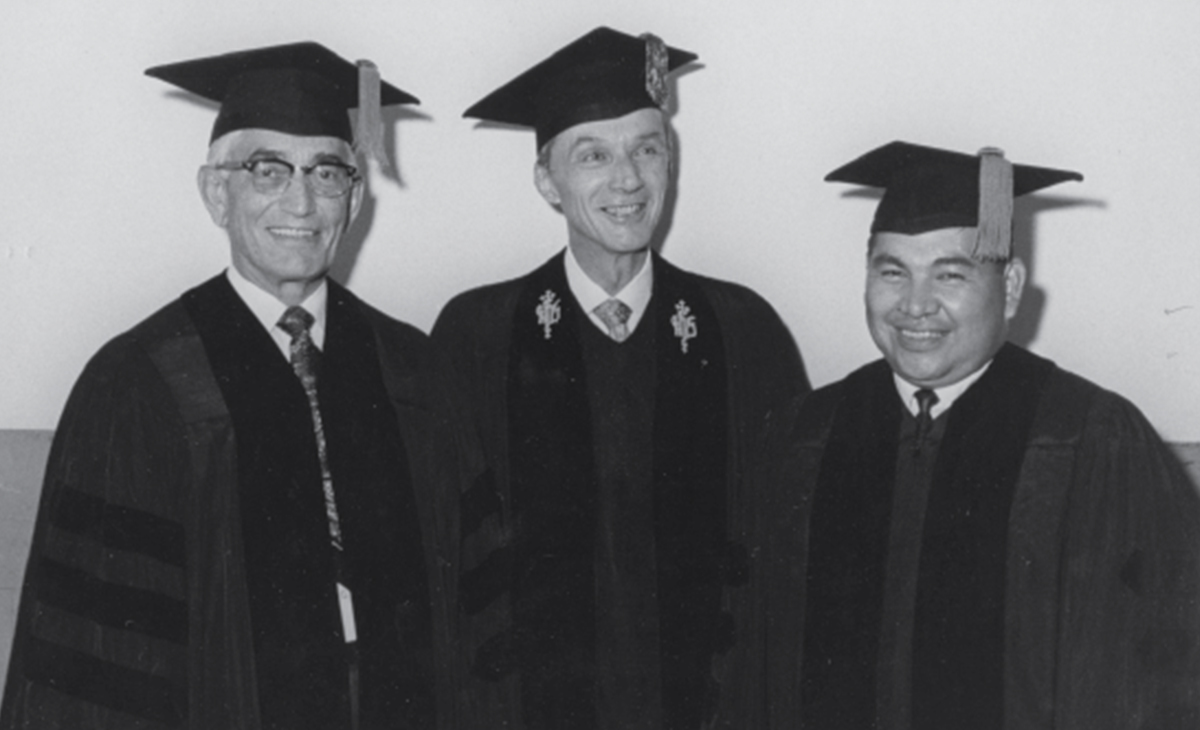 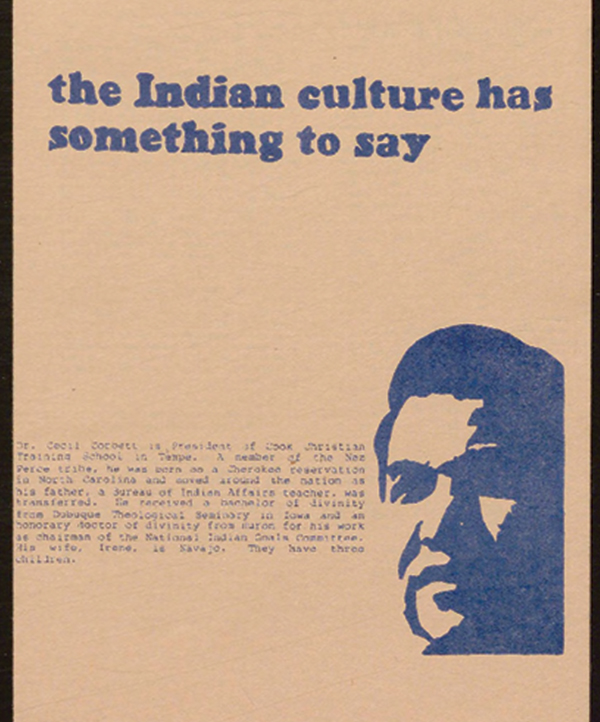 "The Indian Culture Has Something to Say," by Cecil Corbett. Read Corbett’s 1985 article in Pearl Digital Collections.

"The Indian Culture Has Something to Say" by Cecil Corbett. Read Corbett’s 1985 article in Pearl Digital Collections.

The collection totals 19 boxes, the scope of which covers Corbett’s professional career and his roles within the UPCUSA and the PC(USA). There are items relating to Corbett’s career in higher and theological education, his involvement in ecumenical organizations and his activities with other national, regional and local organizations that represent and serve Native Americans.

After attending the University of Dubuque Theological Seminary in 1962, Corbett served First Presbyterian Church in Flandreau, South Dakota. In 1963, he received a call from the Pima First Presbyterian Church at Sacaton, Arizona, to serve the Pima on the Gila River Indian Reservation, now known as the Gila River Indian Community. In 1967, Corbett became associate director of the Cook Christian Training School program at the campus in Tempe. The following year, he was promoted to the position of executive director. He served in that position until 1989, when he became college chancellor.

Documented in the collection is Corbett’s service to the UPCUSA and the PC(USA), including his participation in the formation of the Consulting Panel on Ministries with Indians, part of the UPCUSA’s Council on Church Strategy and Development, Native American Theological Education Consortium, Council on Church and Race and Board of National Missions.

Along with his service to the church, Corbett’s ecumenical imprint is captured in the collection, including his role in the creation of the Native American Theological Association in 1977, an ecumenical organization that sought to function as an agency of Native American communities to facilitate the accreditation of related educational programs and candidates for ordination.

The collection includes three series. Series I, UPCUSA/PC(USA) Files circa 1951–1993, contains materials documenting Corbett’s work within and associated with the Presbyterian Church and ecumenical entities. 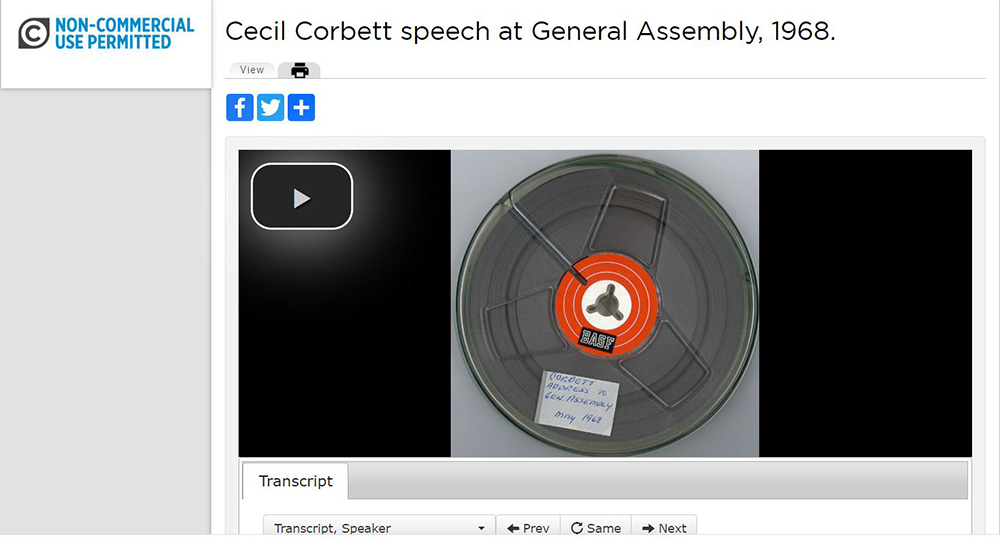 Series II, Higher/Theological Education Files and Subject Files, 1935–2002, contains files documenting Corbett’s career in higher education and his involvement in national, regional and local organizations that serve and represent Native Americans. Corbett’s time at CCTS is also documented here, as well as his work with the National Fellowship of Indian Workers and the National Indian Training and Research Center.

Series III, Personal Papers, 1937–1992, contains general files of conference materials, newspaper clippings, other printed materials, sermons and other writings either created by or collected by Corbett.

Click here to access the guide to the Cecil Corbett Papers and read more about each series.