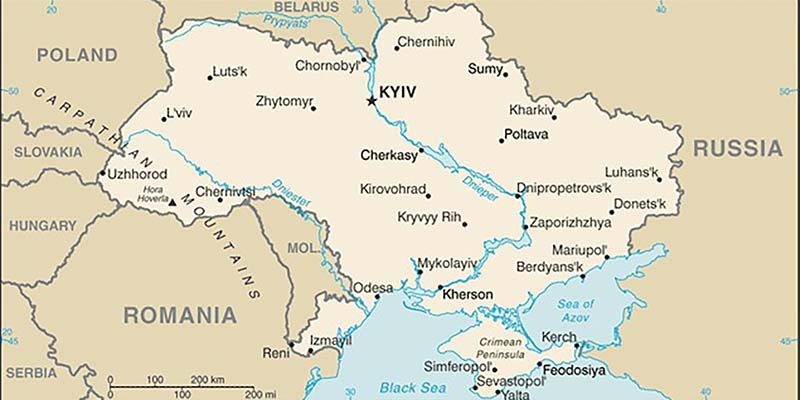 We are deeply saddened and shocked by Russia’s military action in Ukraine.  Russia’s invasion violates international law and threatens to cause mass casualties and destruction, force millions to flee their homes and potentially trigger a catastrophic nuclear war. Russia has attacked a sovereign country to overthrow a legitimate government — a country that chose not to be a nuclear power. Europe has not seen such a military effort since World War II, a harbinger for a human catastrophe.

Tragically, the current invasion follows an eight-year civil war in the Donbas region of Ukraine, which has already killed thousands of people and caused millions more to be internally displaced.

As members of the body of Christ, as people of faith, we lift our broken hearts in fervent prayer for peace in Ukraine.  We have lived in hope over these weeks that war would not come, but it has. We join our voices with the global community, calling for an end to Russia’s invasion of Ukraine. May the Russian army turn back to their borders and lay down their weapons, the tools of war.

We call on the Biden administration to pursue all diplomatic measures in its power.  The world needs to bring both parties to the negotiating table. Security is not founded on weapons and cannot be gained from the tools of war.

Although Russia bears full responsibility for this attack, we acknowledge that the last 30 years have been shaped by a failure of international relations which has not enhanced security on the European continent.

As Christians, we reject the language of the enemy but recognize the brutality of military action. We stand in solidarity with Ukraine and lift up her people, praying for their safety. We fear for them. May they be shielded from the costs of war. May they find shelter from the conflict.

We pray also for our siblings in Russia who are speaking loudly against this war, who demonstrate in the streets despite the risks.

We call for an end of hostilities, for resumption of diplomatic efforts, and for a peace process that guarantees a new and sustainable European architecture.