Stated Clerk speaks out on actions against six Palestinian organizations 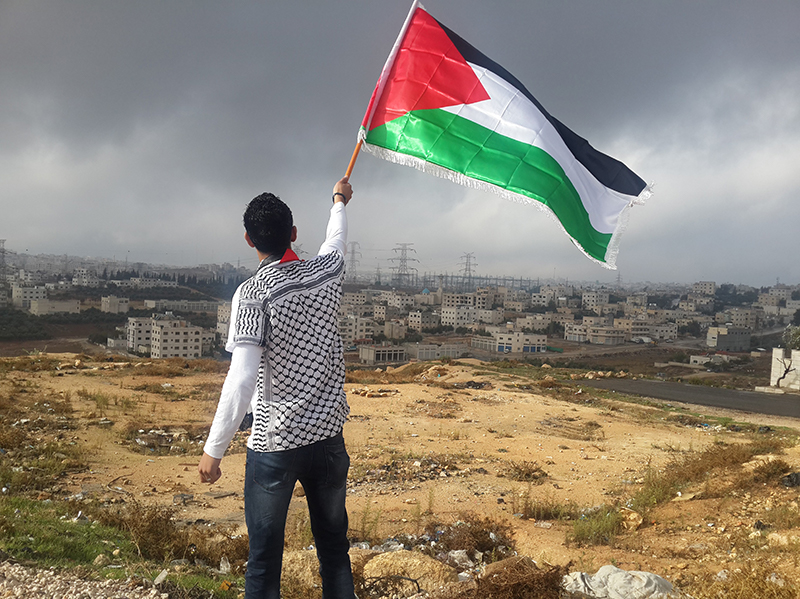 The organizations being targeted are historic, internationally respected Palestinian human rights groups that have, for decades, worked to defend the rights of the Palestinian people across society, including children, women, prisoners and farmers. The designation of these organizations as “terrorist” now allows the Israeli government to close their offices, seize their assets and arrest their staff members. Aimed at censoring human rights groups documenting Israeli violations, the move has been called the beginning of a new era of impunity by the founder of Al-Haq, one of the six targeted groups.

The six groups are:

Al-Haq — an independent Palestinian nongovernmental human rights organization based in Ramallah. Established in 1979 to protect and promote human rights and the rule of law in the Occupied Palestinian Territory, the organization has special consultative status with the United Nations Economic and Social Council. “Haq” is Arabic for “truth” and “rights” and is also one of the words for God.

Defense for Children International - Palestine (DCIP) — an independent, local Palestinian child rights organization dedicated to defending and promoting the rights of children living in the West Bank, including East Jerusalem, and the Gaza Strip. The DCIP office was also raided earlier in the year and their computers were seized.

Bisan Center for Research and Development — a civil society organization that aligns itself with the poor and marginalized in their struggles to achieve their socio-economic rights in the context of national and democratic liberation in Palestine. Bisan works with youth organizations, feminist institutions, and community-based organizations in marginalized and rural areas from all over Palestine to support their struggle in advancing their socio-economic rights.

Union of Palestinian Women Committees — a feminist, progressive and civil grassroots organization that strives to build a progressive, democratic and civil Palestinian society free from all forms of discrimination aiming to achieve justice for all.

These organizations, some of which have been our historic partners, are groups that are working for the well-being of the most vulnerable and marginalized. The current actions by the Israeli government are not new but a continuation of long-term efforts to undermine and destroy civil society organizations that are attempting to hold the Israeli government accountable for its actions and documenting its abuses against the Palestinian people. In a recent statement, the U.N. Office of the High Commission of Human Rights said, “These civil society organizations are the canaries in the human rights coal mine, alerting us to the patterns of violations, reminding the international community of its obligations to ensure accountability, and providing voices for those who have none.”

Indeed, this is a crisis of impunity and accountability that has been allowed to continue for far too long. The failure of the international community to hold Israel accountable for its grave human rights abuses and ongoing violations of international law has led to actions against the Palestinian people that are increasingly violent and brazen.

Our Palestinian partners on the ground have continued to urge the Presbyterian Church (U.S.A.) to take steps to hold the Israeli government accountable for its actions. Furthermore, the General Assembly of the PC(USA) has taken actions to divest from companies that are profiting from the Israeli Occupation, to support the boycott of Israeli settlement products, and to urge the U.S. government to withhold military aid as long as Israel continues its violations. If no efforts are taken by the U.S. government and the international community to hold Israel accountable for its continued human rights violations, Israel will continue to act with impunity at an even higher level.

This most recent action by the Israeli government to label human rights groups as “terrorists” is an attack on those civil society organizations that are most dedicated to achieving a just and lasting peace.

The editorial board of the Israeli newspaper Haaretz called the designation “a stain upon Israel” and said, “This is a boon to terrorist organizations and the use of violence. If all forms of resistance constitute terror, how can one resist the occupation without being a terrorist?” Israel’s aim to ban any and all resistance will not succeed because humanity has always resisted subjugation and oppression.

The Biden administration, if it is to stay true to its effort to put human rights at the center of its policies, must reject this designation and demand its immediate reversal, and the administration must use all means at its disposal to protect those human rights organizations that have been targeted.