More than $47,000 raised to bail out people charged with misdemeanors 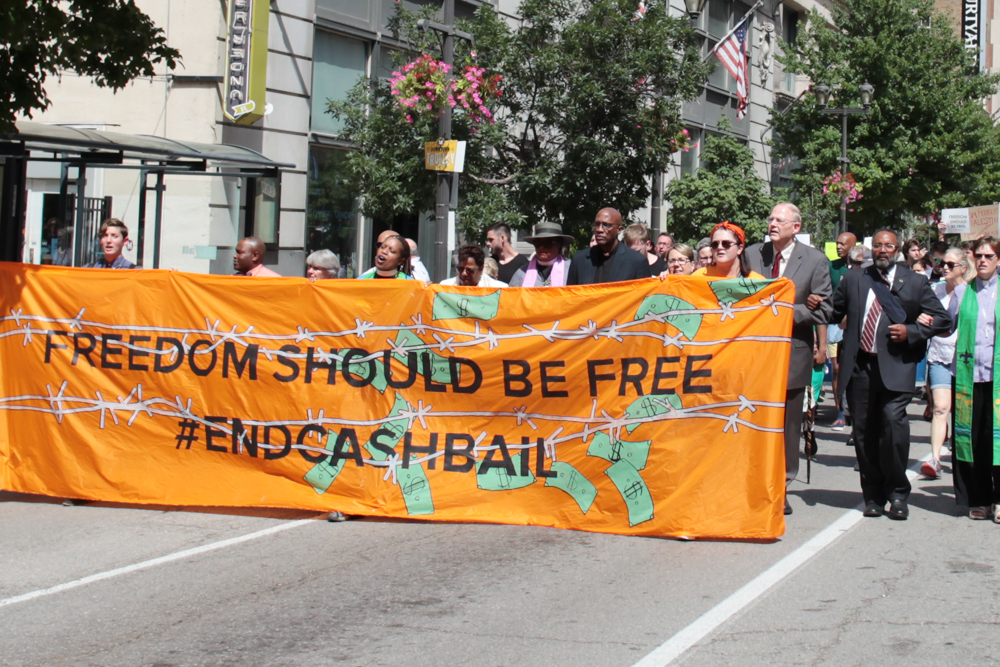 Presbyterians march in the 'Freedom Should Be Free - No Cash Bail' rally at General Assembly 223 in St. Louis. (Photo by Danny Bolin)

Several hundred Presbyterians took to the streets on a hot and humid Tuesday afternoon in downtown St. Louis calling for social, racial and economic justice. Participants – including Co-Moderators Vilmarie Cintrón-Olivieri, and the Rev. Cindy Kohlmann, along with the Rev. J. Herbert Nelson, General Assembly stated clerk – joined other advocacy groups for the one-mile walk from the America’s Center (St. Louis’ convention center) to the City Justice Center to participate in a “bail out.”

Organizers say the jails are full of people being held on minor offenses, unable to pay cash bail. The marchers, working with local organizations such as the Bail Project and the St. Louis Action Council, took more than $47,000 – collected at Saturday’s opening worship offering and from online contributions – to provide bail for persons who have been prescreened for release.

Local advocates say inability to pay bail has been a driving force in the increase in mass incarceration over the last 15 years, resulting in job loss, mounting fines and child custody issues. The Bail Project screens incarcerated individuals and seeks to help those whose bail is less than $5,000 so more people can receive assistance.

Before leaving the convention center, organizer Michelle Higgins told the crowd that standing for a cause is not easy.

“We who believe in freedom shall not rest, but stand up for those in pain,” she said. “It’s our duty to stand shoulder to shoulder with people we might not see eye to eye with but there is a trust built between us.”

The marchers received a police escort, blocking off intersections as the crowd went by singing and chanting. Supporters carried wagons of ice water to hydrate the walkers in temperatures that hovered in the 90s. 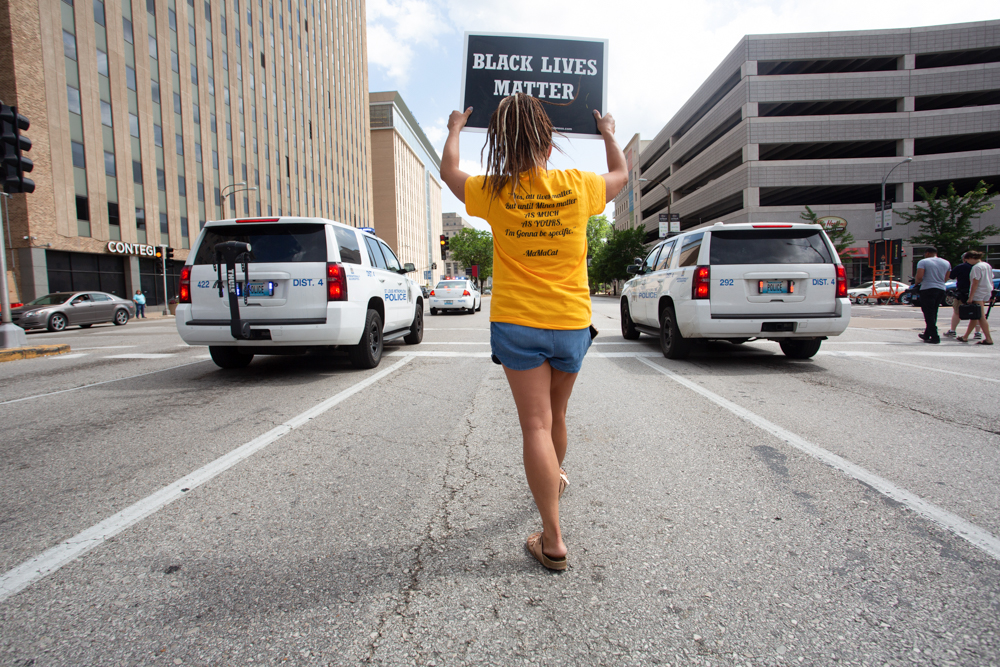 “This has been in the planning stage since the Rev. J. Herbert Nelson declared his vision for the Hands and Feet initiative,” said Erin Counihan, co-organizer. “People are ready for the church to take action. I think the church showing up in the community is crucial now.”

A mile later, the crowd gathered on the steps of the detention center to hear from Nelson as he turned the money over to Bail Project coordinators.

“Our God will turn the light on for some folk who’ve been in jail for way too long. Quite frankly, they should have been out a long time ago with their families,” he said. “We’ve been talking about this day for a long time. We’ve seen what God can do for us that we cannot do for ourselves.”

Nelson said the church was returning to the justice understanding of the 1960s when church leaders marched with the Rev. Martin Luther King Jr.

“We call upon the government and principalities to release those who ought to be at a place where they can make a life for themselves,” he said. “We are fighting for freedom all over the world, whether it be in Palestine or right here in the U.S. Today, we know we have to put up or shut up.” 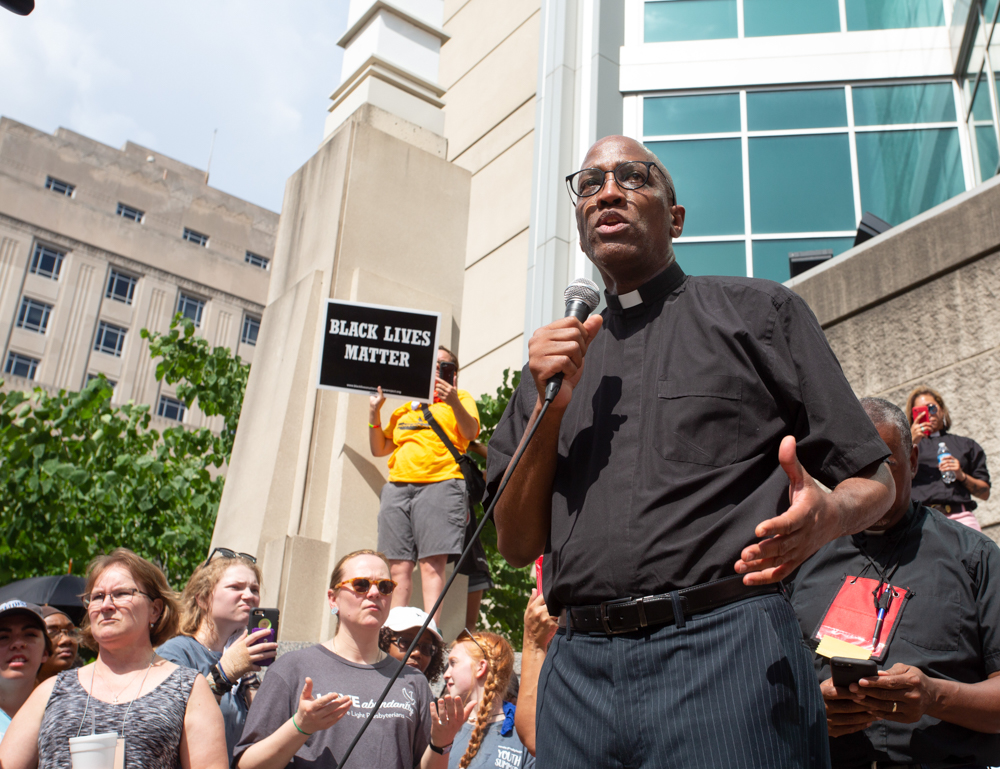 Nelson challenged the marchers to go back home and find young activists and see what they can do in their own communities.

Gina Torres, a St. Louis resident, lost her son a year ago when he was killed during a police raid. She was marching at the front of the line.

“This march means a lot to me because mass incarceration needs to stop,” she said. “There are people in jails that don’t have the means of bailing out. I just hope it makes a difference.”

Higgins hopes it sends a strong message to those who’ve lost hope.

“It is a message for people who are in chains right now that we will be with you. We’ll come into the jails if we have to and we will shout and make demands with you,” she said. “We’re not free until you are.”

Assembly-goers who could not participate in the march, took part in a concurrent program sponsored by Compassion, Peace and Justice Ministries at the convention center.