Bible study at GA223 will explore "kin-dom" versus "kingdom"

Seminary professor duo to lead reflections in plenary, not committees 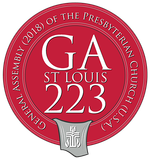 “Kindom Building for the 21st Century” is the theme of Bible studies planned for commissioners to the 223rd General Assembly (2018) of the Presbyterian Church (U.S.A.), meeting June 16–23 in St. Louis. 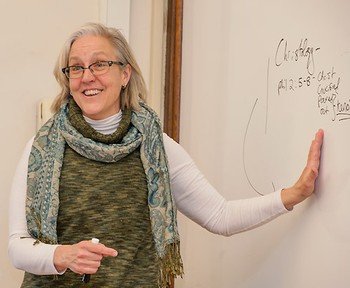 Krause, a Presbyterian minister and member of the Presbytery of Giddings-Lovejoy, has been active in an ongoing movement of religious and community leaders protesting injustices in St. Louis. The movement arose following the fatal shooting of African American teenager Michael Brown by a white police officer in Ferguson, Missouri, in 2014. Protests intensified last fall after the acquittal of another police officer in the fatal shooting of twenty-four-year-old Anthony Lamar Smith in 2011.

Nadella, originally from India, is director of Columbia Seminary’s MA(TS) degree program. He serves on the National Council of Churches’ Faith and Order Commission and on the PC(USA) General Assembly Committee on Representation. Nadella is the author of a book on the Gospel of Luke and is currently working on a book on the theme of “empire” in the Synoptic Gospels and co-authoring a textbook on postcolonial biblical studies.

Thomas D. Hay, director of Assembly Operations in the PC(USA)’s Office of the General Assembly, says Assembly Stated Clerk J. Herbert Nelson, II, envisions the studies as a “platform for some of the best Bible scholars in the church to help commissioners think biblically about issues facing the assembly.”

This year’s Bible studies will take place in plenary sessions before commissioners disperse to their committees—a change from previous assemblies when Bible study took place in committees.

Krause and Nadella plan to focus on texts from the Synoptic Gospels (Matthew, Mark, and Luke) that describe the “kingdom of God.” But their approach, Krause explains, will “critique the idea of kingdom as a top-down monarchy” and “reimagine it as kin-dom, a more horizontal structure of power in which everyone is a beloved child of God.” 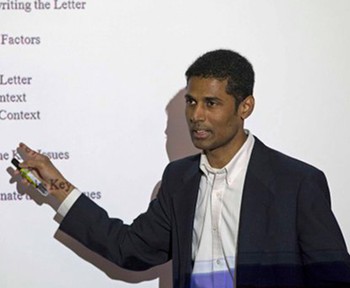 “Kingdom tends to be very exclusive,” says Nadella. For example, people may be excluded because of their race, socioeconomic status, sexual orientation, or other factors. “The metaphor of kin-dom allows us to envision an inclusive community, built on common humanity and shared values.”

Another way in which kingdom and kin-dom differ, he adds, is that “kingdom sees relationships as a zero-sum game, operating on the assumption that if one community gains something, another community ends up losing. Such a worldview can breed mutual suspicion between different communities and engender violence.”

In contrast, the kin-dom of God1 is built “not through competition but in mutual cooperation and solidarity,” Nadella says. “People who are part of kin-dom use their resources and privilege to advocate for others who are less privileged.”

Nadella and Krause note that the idea of “kin-dom” is supported by Jesus’ life and teachings. For example, Jesus criticized the power structures of his day and broadened the definition of family to extend beyond blood relationships.

Unpacking these contrasts will help Presbyterians “think differently about how to be church in the world,” Krause says. She believes it is important to understand how the idea of “kingdom” has left a legacy of colonialism, imperialism, sexism, and racism, all of which “demean and destroy God’s people and God’s creation.”

“Presbyterians have a lot of clout in the economy of the United States,” Nadella adds. “We have been complicit in kingdom building. Now we need to leverage our privilege to make room at the table for excluded and marginalized groups—immigrants from the Global South; non-Christians, especially Muslims; and people of color, especially African Americans.”

Both leaders say their backgrounds will influence their approach to the theme of “kin-dom building.”

“As a person of color—an immigrant from South India—I often find myself at the margins,” Nadella says. “That background informs my approach to Scripture.”

Krause says she and other clergy are learning from the courage and inclusiveness of protestors in St. Louis “what it means to be the church in the 21st century.”

The two hope to offer commissioners exegetical and interpretive tools that they can use in their own contexts to “participate in building God’s kin-dom from the ground up.”

“Presbyterians are people of the Word, who embrace the Scriptures,” Nadella says. “We are being called to interpret them more faithfully within the current political context.”

[1] "Familia de Dios" is the translation of the English language "kin-dom of God" used by the theologian Ada María Isasi-Díaz in her book In La Lucha / In the struggle: elaboration of a Mujerista theology.